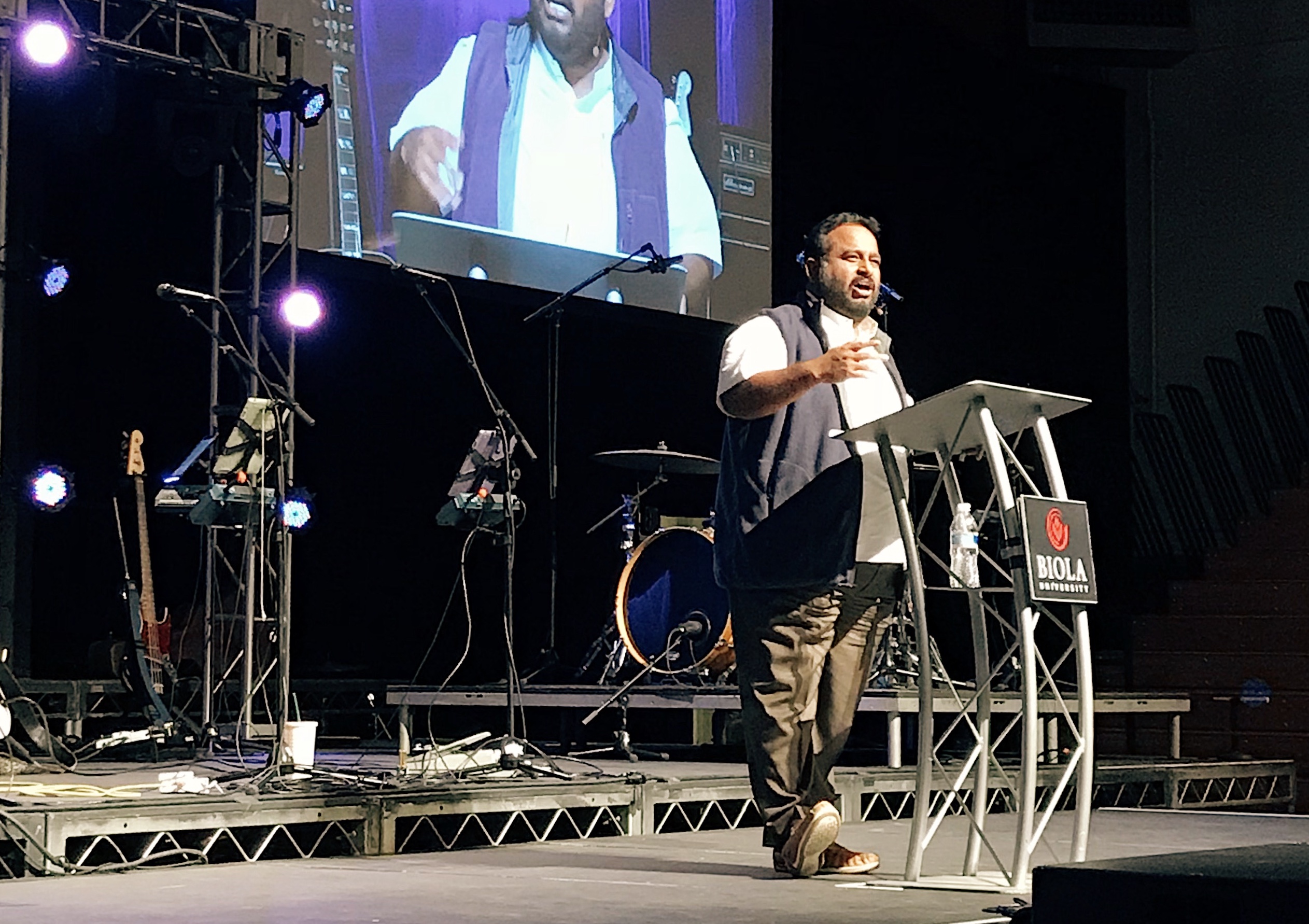 "Great is the Lord and most worthy of praise; His greatness no one can fathom. One generation will commend your works to another; they will tell of your mighty acts."   -Psalm 145:3,4

Friends, this week provided a profound reminder of how powerful Generational Leadership can be.

Suresh had the privilege of speaking at the 2018 Biola University Missions Conference in La Mirada, CA.  He spoke from 2 Corinthians 4, encouraging over 2000 students in attendance to “Be a light in the darkness”, and to “Not lose heart or despair, God is by our side.”  He spoke with great conviction.  He even reminisced about being a bible college student himself.  With great transparency, Suresh shared about the first time he was asked to preach. For many days leading to the crusade, he prepared a 45-minute sermon.  On the day he rose to speak, he made it a full 5 minutes before his nerves gave out, he said a closing prayer, and sat down!

Now, all of us who know our beloved Suresh will agree it is hard to imagine him being without words!  Today, I consider him one of the great Christian Evangelists of our time.  And that’s what made this week at Biola so special.  He shared from his own experience how he was just like many of those in attendance who know they are called by God to be His voice in the world, but sometimes question whether they have courage and strength to live that calling.  His message was clear:  your calling is your destiny.  Go change the world!

After Suresh’s last session, I watched a young man approached Suresh.  With tears in his eyes, he told Suresh he felt as if no one else was in the building that morning, and Suresh was speaking directly to him.  He shared how he was about to graduate and was deeply compelled to this calling, to preach the Gospel, but he was gripped in fear of the unknown and a sense of inadequacy. With an inviting smile and embrace, Suresh assured this young man that, like him, God had great plans for his future, and will give him strength to fulfill this calling.   As Suresh prayed over this young man, many surrounded him and joined Suresh’s prayer.  All within this circle, hands lifted to heaven, knew this was a transformational moment. It is a visual I will long remember.

The power of God!  Be encouraged today, friends.  He loves you.  He embraces you.  He will give you courage and strength.  Now, go change the world!